Chapter 5 : LANGUAGE || Question: WHy are many of the languages DISAPPEARING?

The picture above highlights how, as language progress people still call some things by weird special names.

QUESTION: WHY ARE MANY OF THE LANGUAGES DISAPPEARING?

Many people predict that by 2050 at least half of the the worlds languages will be extinct. Languages are dying at an alarming rate. A healthy languages is a language in which the adults are teaching their kids how to speak the language. Languages are dying out mostly because of globalization. Small country have to choice if they want to remain small and poor or go to more global languages that will bring in more jobs. Most countries switch to global language for economic reasons. Some languages have been brought back after they were considered extinct. The main group that is trying to persevere languages it actually medical companies, they are doing this to learn tribal remedies. Some groups like Native California do not want to just preserve their language they want to make their language commonly spoken. All in all, many of todays great and interesting languages will die out and with them thousands of years of knowledge will be lost. 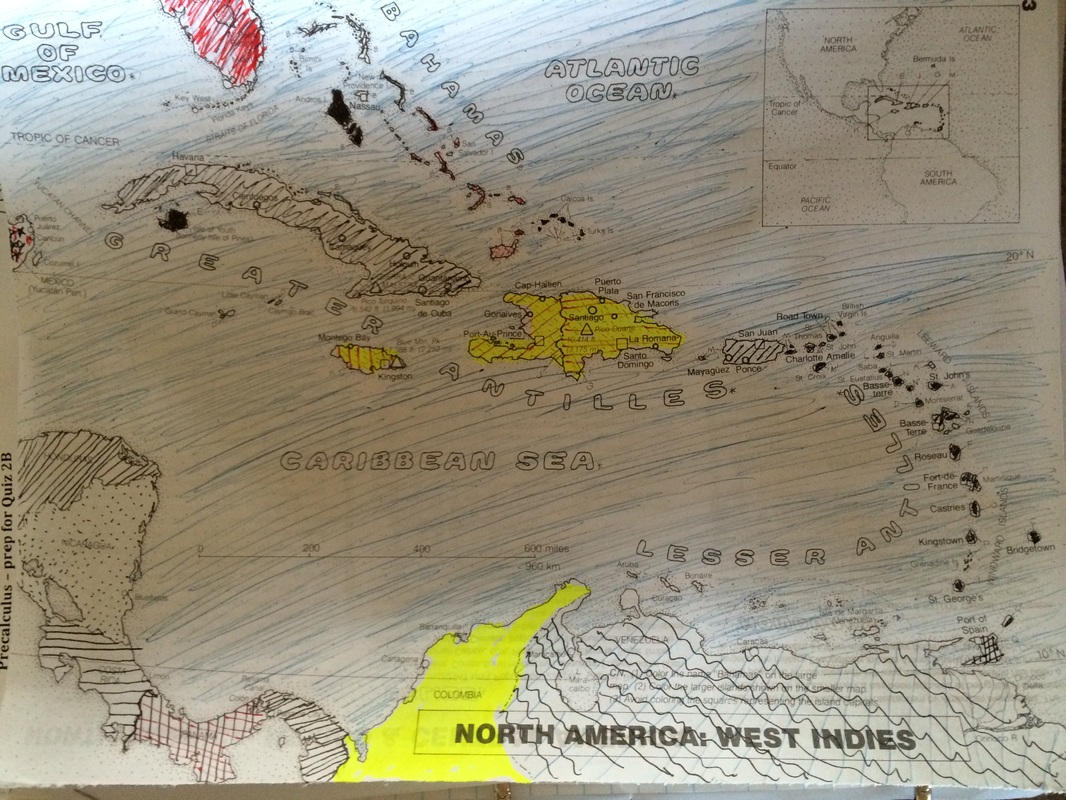 I choice this map because it helps to highlight how Spanish has diffused to english and how Cuba has developed a unique language because of its isolation.

Part 1: See above
04. C | A Language family is a group of languages that share a common ancestor.
06. D | Franglais is the use of English in the French languages.
08. B | Sino-Tibetand and Indo-European are the two largest language families in the world.
09. C | Language families are depicted as leaves on a language tree.    10. D | Sino-Tibetan is the language family of the language that they speak in the People's Republic of China.
11. B | Their are more Altaic language speakers then Austro-Asiatic speakers.
15. B | The Angles and the Normans contributed to the development of the english language because they invaded England.
17. A | Because of different Germanic invaders England developed a lot of different dialects.
19. D | Vulgar Latin was the language spoken by Roman Troops.
20. C | The most widely spoken language in Brazil is Portuguese.
21. C | The most widely spoken language Argentina is Spanish.
23. D | Portuguese and Spanish are the two most important languages in South America.
24. A | The Baltic-Slavic contains the language Russian.
25. C | The Kurgans were herders from the steppes of Central Asia.
26. D | Indo-European diffused across with the diffusion of agriculture.
28. A | English is part of the Germanic Language Branch.
29. D | English is part of of the Indo-European language Branch.
30. C | East Germanic is a group of the Germanic family that is extinct.
31. E | The Angles, Jutes, and Saxons are Germanic Invaders of England.
33. B | Baltic-Slavic contains Ukrainian.
36. B | The Romance branch contains Haitian Creole.
38. B | The Indo-Iranian branch contains Kurdish.
40. A | The Altaic branch contains the language Turkmen.
41. A | An Indo-European language is primarily spoken in Bulgaria.
42. E | Finland, Hungary, and Estonia are not dominated by Indo-European.
43. E | Sweden is dominated by Indo-European speakers.
50. A | English is the most important language in the world primarily because of English colonies
52. C | The survival of any language relies on the political and military strength of its speakers.
53. E | The Flemings and Walloons speak languages belonging to different language sects.
56. T | We know that all Indo-European languages have a common ancestor.
57. B | Migration to the US had the most diversity in the 1700s-1800s from New England.
66. D | The language spoken by the greatest number of people natively is Mandarin.
67. C | Chinese is traditionally written in the form of ideograms.
68. C | Hebrew is an example of a revived language.
71. B | The official language in Switzerland is not Flemish.
72. C | Basque is spoken primarily in the Pyrenees Mountains.
74. A | Spanish is an important language in the united states primarily because of the location of Spanish colonies and subsequent migration patterns.
75. C | Urdu is one of the most important languages of Pakistan.
76. E | Quechuan is a widely spoken language in South America.
77. F | Around half the people in the world do not speak an Indo-European language.

Part 4:
Question: Why do people in different regions of the United States speak English
differently?

Their are different dialects in the US for three main reasons communication used to be harder, people migrated the US from different places, and  the environment of the US is different from place to place. Back in the old days it would take weeks to travel from coast to coast in North America. This long travel time slowed down the universalization of the english language making small differences from place to place more noticeable. Another key reason their are many dialects in the US is because people that come to the US come from a lot of different backgrounds. When english is not your first language you tend to pronounce things slightly differently.  Since the US has a range of different climates and landscapes people pick up different words and saying to depict everyday life. When places are really hot most weather saying are centered around the weather being hot, while cold places have saying about the cold. All in all, the US has a range of different dialects ranging from slight to very extreme.
Powered by