Chapter 6 || question: why are their so many wars over religion

For many thousands of year men have practiced religion; some branches of religion include Catholicism, Judaism, and Islam. Their is a religious conflict happening in North East Africa between the Arabs (Islam) and Israel (Judaism). These two religions are fighting because both religions are universalizing. Jewish people are very enduring and so when they have been attacked they have crushed their opponents while being our numbered ten to one. Islam teaches people to live for heaven while Judaism teaches people to live for this life.These two ways of thinking show in how different people act, since Islamic people live for heaven they have less of a problem killing themselves for their cause. These two religions both think that the other is inferior and want to convert them to their religion. Judaism is a bit reserved in how it spreads while Islam spreads through war and conquest; leading to more war.  All in all, both religions want the others land and people ultimately the two parties will need to come to peace. 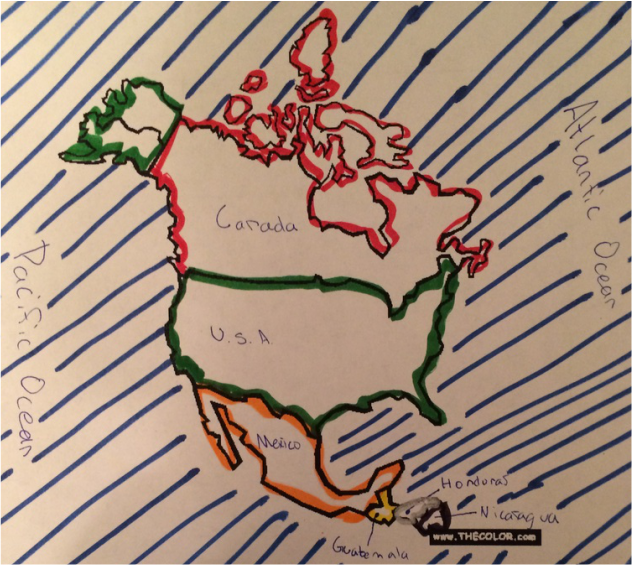 I choice this image because America is a huge mixture of different religions.


Part 3:
1.  i. Arizona | Baptist
ii. Utah | Mormon
iii. Alabama | Catholic
iv. Minnesota | Lutheran
2. The four main religions of East Asia are Buddhism, Hinduism, Islam, and Taoism.
3.  i. Most people in Republic of Ireland are roman Catholic.
ii. The second most practiced religion in Republic of Ireland is Predestine.
4. The two main branches of Islam are Sunnites and Shiites.
5. Buddhism is a universalizing religion located in present day India.
6. The largest branch in Iran and Lebanon are the Shiites.
7. Hinduism is the worlds largest ethnic religion.
8. Universalizing religion celebrate holidays as big events while ethnic religion  celebrate holidays more low key.
9. Most Europeans are Christian.
i. northwestern | Catholic
ii. southwestern | Catholic
iii. eastern |Predestine
10.  i. Israel fought in all of these wars.
ii. Egypt , Syria, Jordan fought against Israel in the wars.
ii. Egypt and Jordan have signed treaties with Israel.

Part 4:
Question: In what ways is Judaism an ethnic religion?

Judaism is an ethnic religion for three major reasons little spacial distribution, no change with diffusion, and not easy to convert. Judaism does not have very many spacial with 80% of its followers being in the middle east. This is very different from universalizing religions like Christianity and Hinduism. Universalizing religions change to accommodate more followers while ethnic religion like Judaism do not compromise principles. Judaism has not changed in its thousands of years of practice. It much harder to convert to an ethnic religion then a universal religion. To be a truly Jewish you have to be born into a Jewish household. All in all, Judaism is an ethnic religion that is hard to convert to, little spacial distribution, and does not change over time or space.
Powered by