Article Related to Chapter. South Sudan wanted peace but to do so they would need to rise above narrow, tribalistic, zero-sum politics so South Sudan was at a cross roads then they were unable to rise above these conflicts.
Link: http://www.washingtonpost.com/opinions/south-sudan-must-resolve-ethnic-conflicts-to-be-a-nation-at-peace/2013/12/29/65115c10-709f-11e3-8b3f-b1666705ca3b_story.html

Essay on Selected Readings.  What makes Huston so diverse.

Houston has one of the most even distributions of the four US main ethnic  groups compared to other major US cities. This is a result of US changes in immigration laws half a century ago and the departure of 100,000 Anglo Americans after the oil boom ended in the 1980s. Economically, Houston has large income inequality, with both some of the richest and poorest people in America. Skilled workers, many from wealthy families, as well as educated immigrants take the good jobs, while unskilled workers, such as those in the service industry, do not move up. Most kids that grow up poor cannot go to good schools, extending the cycle of poverty like their parents and leading to economic balkanization. Poor families also do not have access to good medical facilities due to a general lack of health insurance, despite Houston having some of the best medical facilities in the world. Culturally, Houston is also very diverse. The average age of a Houston resident is 32 while the average age in the US is 38, leading to a vibrant art community with lots of restaurants and making it a fun place to be. The people of Houston are also more open-minded than some might expect: Houston's main chapel has a lot of different religious books, and the city also has an openly lesbian Mayor. Houston has a collection of nationalities and races that make the city unique and interesting. All in all, Houston is diverse because it is the collection of many different groups that have come together to create a vibrant community. 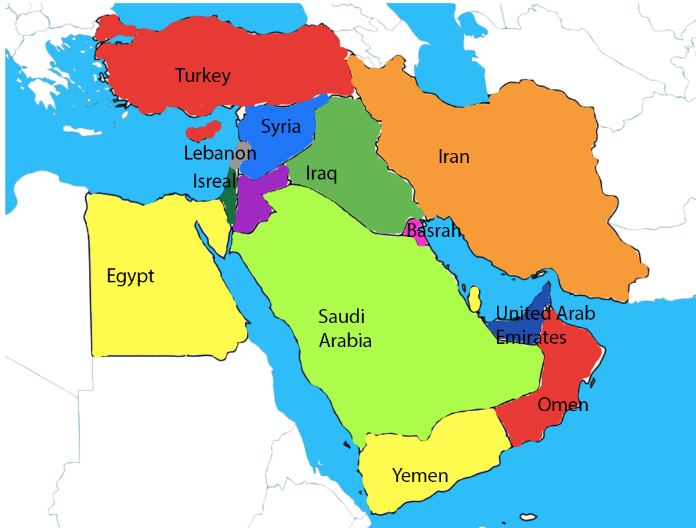 Part I:
02. A | After WWII ended, millions of people of different ethnicities were forced to migrate because of changes in the boundaries of states.
03. A | Before its breakup, the Soviet Union was the largest multinational state in the world. The largest multinational state is now Russia.
05. B | Moldova's position with respect to Romania is that Romanians are too different from Moldavians for the countries to ever cooperate.
07. E | Sri Lanka has continuing ethnic conflict between Sinhales Buddhist and Tamil Hindus.
11. D | Race is self-identification with a group sharing a biological ancestor.
15. D | The Stat Spangler Banner is not a strong centripetal force in the United States.
16. C | The breakup of Yugoslavia during the 1990s was primarily caused by nationalism.
17. C | The most important centripetal force in Yugoslavia before its breakup was the number of nationalities/ethnicities.
20. D | NATO planes flying high over former Yugoslavia during the civil war provided information later used for geographic interpretation.
21. D | Denmark is a good example of a nation0state because nearly all Danes speak Danish and live in Denmark.
24. C | Ethnicity is important because it promotes peace.
26. A | Apartheid is the dialect of Dutch which is spoken in South Africa.
27. B | Balkanization refers to ethnic cleansing.
28. B | From 1910 to 1950, population density of African Americans in ghettos remained the same.
30. D |Which of the following is not an element of cultural diversity?
34. A | Ethnicities in the same country come into conflict when they have traditions of self-rule.
36. A | Latinos and Hispanic are clustered in the West, Southwest of the United States.
37. B | Elements of nationalism include all but shared attitudes.
39. E | African Americans are clustered in the northeast area of the Unites States.
40. C | The largest Hispanic group in the US are from Puerto Rico and Cuba.
42. D | As part of the triangular slave trade system, ships bound for Europe carried cloth and trinkets.
43. F | African American Northward and westward migration did not followed the major US highways.
49. E | The US does not classify Samoan as a race.
50. E | In the US, people who were restricted by covenants in deeds included all but Caucasians and Jews.
51. D | White flight is the establishment e a white only airline.
56. A |Relocation to northern cities is the most dramatic change in the geographic distribution of African American in the US during the 20th century.
58. D | Comparing ethnicity and race reveals ethnicity is part of a person's cultural identity but race is not.
61. E | Invasion by Libya forced migration in Ethiopia.
62. T | The Balkan states and Yugoslavia in particular broke down because of ethnic conflict, a conflict which might ironically end in part because of the tragedy of ethnic cleansing.
63. A | The lebanese civil war resulted when the country broke down because of conflict caused by ethnic groups.

Part IV:
Question: Describe the ethnic conflicts that came after the breakup of Yugoslavia.
The breakup of Yugoslavia was a bloody and brutal separation. The breakup occurred for three main reasons; the ethnic groups were not easily divided so it was hard to draw boundary lines, the groups thought they were better then one another, and they could not come to a peaceful agreement. There are six major ethnic groups in former Yugoslavia, the Serbs, Croats, Slovenes, Bosniak Muslims, Albanians,and Macedonian. These ethnic groups were not all together, but intermingled and living near each other. This made drawing a border line very hard. A lot of these groups did not get along and thought that they were better then the other groups. As a result their was a lot of conflict around this breakup. The Slovenes and the Croats fought to break away from Yugoslavia. After the initial fighting they ethnic groups failed to come to a peaceful agreement on boundary lines which led to even more fighting. The mixed Serb, Croat and Bosniak population fought repeatedly to establish themselves.  To sum it all up, the breakup of Yugoslavia was a very violent and bloody one, but not all breakups are violent.
Powered by