Article Related to Chapter. Diamer and Kohistan both wanted the same 8 km stretch of land but only one of them could have it so they are arguing over the land then the government sent in troops to protect the land. 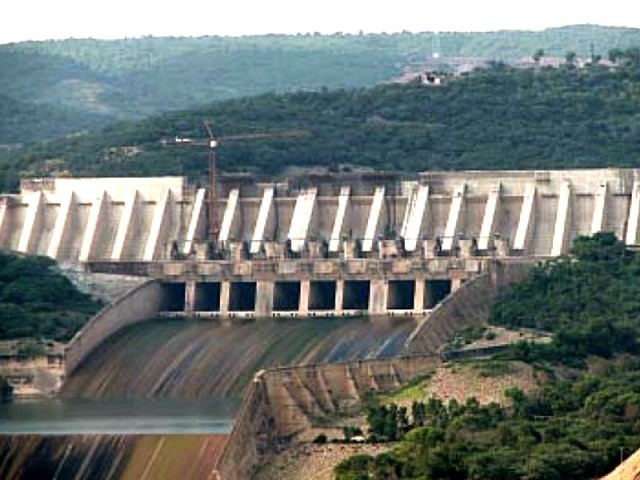 Essay on Selected Readings Question: What are the major problems that arise from boundary disputes and what are some examples?
Boundary disputes happen for three main reasons; resources, access , and religion. Most fights over land occur because states want resources. If one state has a lot of oil then a neighboring state will want the oil. Many of the fights in Africa occur for possession of diamond mines. Another big factor countries fight for is access to trade routes, these are usually water ways. When countries have access to water they can trade and make a lot more money. Russia only has one warm water port so they have fought wars to get more warm water ports. Sometimes states will fight wars over religious/sacred grounds. Israel has been the scene of many religious wars. All in all, boundary disputes happen for a multitude of reasons but usually end with many deaths.

Part I:
01. B | Conflicting claims to the Arctic are mostly due to the potential energy resources.
05. D | Russia is the worlds largest state.
06. D | The UN is primarily a political corporative effort.
07. B | The African Union replaced the Organization of Africa.
08. T | Russian leaders fought to prevent Chechnya from gaining independence.
11. F | Taiwan is not a member of the UN.
16. E | In 1980 Bulgaria was a member of the Warsaw pact and COMECON.
17. T | Chechen rebels attempted to separate Chechnya from Russia after the collapse of the soviet union.
23. T | The nation-state concept originated and has been used mostly extensively in modern Europe.
24. B | The Fertile Crescent extends from the Persian Gulf to the Mediterranean Sea and was the location of the first city-state in the Middle East.
25. A | The first state in ancient Mesopotamia were followed the Nile and Euphrates rivers.
26. E | Political unity in the ancient Mediterranean world reached its height in the Roman Empire.
27.
29. B | Korea is a good example of an ethnicity divided between more than one state.
36. D | Pitcairn is a small British colony in the Pacific Ocean.
37. A | China rules the most populous colony.
40. A | According to the map of present-day colonial possessions, the U.S. colony located east of the Philippines is Puerto Rico.
41. A | According to the map of present-day colonial possessions, the British colony to the west of Angola is Saint Helena.
43. C | According to the map of regime types, Belarus is an example of an autocracy.
44. D | The only large landmass not part of a sovereign state is Antarctica.
47. E | The boundary between the United States and Canada is best described by which of the following water and geometric.
48. E | Cultural boundaries include all but which of the following geomorphic.
49. D | The conflict over the Aozou Strip involves a disputed border and Libya's claims of sovereignty over the zone.
53. C |  The eastern part of the border between the United States and Mexico is delineated by the Rio Grand.
55. D | The Germans established the proription know as the Caprivi Strip in present-day Namibia.
57. B | A Southeast Asian country with a partly elongated or prompted shape is Thailand.
59. A | Swaziland makes South Africa into a perforated state.
61. A | Elongated states may suffer from poor internal communication and difficulty defending borders Namibia.
66. E | A state which places most power in the hands of a central government is a unitary state.
67. D | After the fall of communism, Poland delegated more authority to local governments.
69. C | An increasing number of states have adopted a federal form of government primarily to grant different ethnicities or nationalities more effective representation.
70. B | According to the map of regime types, Brazil is an example of a somewhat democratic state.
71. D | According to the map of regime type, Saudi Arabia is an example of an autocracy.


Part III:
1. They must depend on surrounding sea ports to help transfer goods.
2. Its landlocked due to railroad lines that pass through it.
3. The boundaries of states should match boundaries of nationalities.
4. Political has been the most important.
5. Nationality, language, religion.
6. Great Britain and Neberlands.
7. Taiwan
8. Greek, Turkish
9. Vojvodina, Kosovo, Serbia, and Montenegro
10. To protect rights of nation and place more power at governments level closest to people.

Part IV:
Question: What are some ways to resolve problems in the Middle East?

Restructuring the boundaries in the Middle East might help to resolve religious, ethnic, and cultural disputes. In the article, Lines In The Sand, four histories redrew the map of the Middle East based on common attributes and how important these are to various groups.

For some states religion was the key factor. Some countries would be based on a single religion like Israel being founded on Judaism. Other countries were based on certain branches of religion. While the North and South Tribal Area would share a lot in common, they would be separate entities because they follow different branches of Sunni Islam. Some states might be based on ethnicity like Persia and Kurdistan, because it is a key factor for Persians and Kurds.

Culture can also be a key factor in the formation of new states. Some cultural aspects like geography can give people a common identity. For example the Arab Felix state would be founded for mountain people even though they do not share the same beliefs. Economic interests might also bring people together into a purposed state. The Crescent and Emirates would be founded on the basis of oil interests. Hejaz and The Levant would bring people together over a shared culture of trading.

While these states are just purposed The Middle East could theoretically be restructure to help resolve religious, ethnic, and cultural disputes.