Article:
Russia wanted to reclaim former industry and reunite ethnic Russians but Ukraine was not sold on the idea so Russia had to use force then Russia and The Ukraine were (and still are) in a stand off.

Essay
Question: How have the maquiladoras managed to stay competitive in a changing world economy?

Through a combination of site and situation factors, including Labor, Capital, proximity to Inputs and Markets maquiladoras have kept up with the changing tides. In the article, Big Maq Attack, the author describes factories in Mexico which assemble various products and export mainly to the US, these are known as maquiladoras.

Site Factors are considerations that help a company determine where to put its factories. Some important site factors for maquiladoras are Labor and Capital. Maquiladoras primarily have low skilled, low wage labor, allowing them to stay comparative in the global market place. They are also trying to develop an educated and skilled work force to compete for higher value adds jobs. Another important site factor is capital, money to invest in new factories. Car and Aerospace companies are investing large quantities of money in Maquiladoras. They also provide significant tax breaks for foreign companies investing in these factories.

Situation factors also help companies determine the optimal place to build a factory. Maquiladoras benefit from close proximity to there suppliers in the US. They can also easily export there finished products to foreign markets, mainly the US. Maquiladoras are out sourced assembly lines, which are a piece of complex foreign supply chains. For example the article mentions aerospace companies out sourcing assembly work to Maquiladoras, and then importing the finished goods.

Together these site and situation factories allow Maquiladoras to remain a viable conduit for out sourcing work.

- "The Winners and the Losers" by James Goldsmith
- Jist of the article-- global free trade was seemingly a good thing but in the end is taking jobs from the workers in the MDCs outsourcing the jobs. So outsourcing jobs is okay for the workers in LDCs (although they still make far below minimum wage) but in reality this outsourcing detracts from jobs for mdc citizens and ONLY benefits the owners (who are already extremely wealthy) of these large corporations. 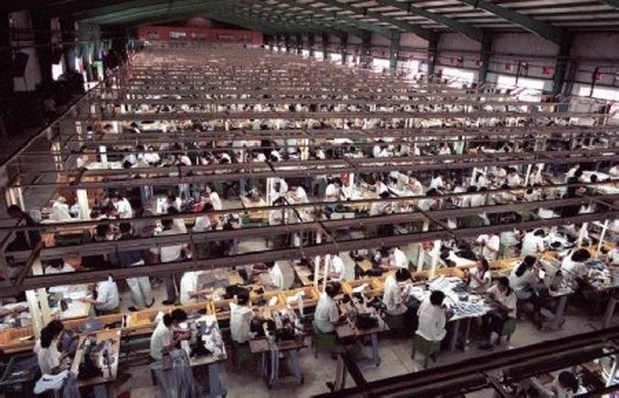