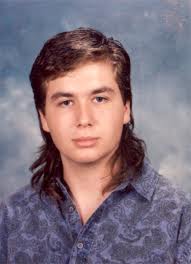 20. C | Folk customs usually originate from daily life.
35. B | The size of a building does not help to distinguish different housing types.
36. D | Upper New York is an important source of folk culture in the US.
47. D | Asia does not produce much wine because they do not have a tradition of drinking.
56. E | Extinction of animals , demand for material, consumption of animal products, and environmental degradation help to grow popular culture and folk culture.
59. D | To avoid the direction of death and evil spirits some people sleep with their heads facing the east.
61. D | Vietnamese songs is an example of a folk custom used to diffuse information about
70. D | Wine drinking is popular culture that has not diffused to the south.
72. B | Western countries control most new media in less developed countries which scares the less developed countries.

Part 3:
01. The main house type in eastern US is Neo-eclectic.
02. Companies seek to make a uniform landscape to promote customer recognition.
03.  TV diffused into US and UK in the 1940s to 1950s.
04. Less developed countries fear the loss of popular culture because they loss their customs and individuality.
05. In South America the tv is controlled by public corporation. In Western Europe the tv is controlled by private ownership. In China the tv is controlled by direct operation .
06. A custom is with a group of people while a habit is solo.
07. China has a higher per capita consumption of pork, because India does not eat pork
08. France would have the highest wine production, and brazil would have the lowest.
09. Popular customs are invented, and folk customs have unknown dates and origins.

Part 4:
Question: What are some of the negative impacts of the diffusion of popular customs?